BEIJING: Chinese investors snapped up every blockchain-related stock in sight after President Xi Jinping said Beijing wants to speed up development of the technology.

The gains were widespread yesterday, with Insigma Technology Co and Sinodata Co among more than 60 tech shares surging by the daily limit in Shanghai and Shenzhen.

The excitement coincided with a 26% rally in Bitcoin, and also boosted stocks with more tenuous connections to blockchain, like baby-food producer Beingmate Co and selfie-app developer Meitu Inc.

The market reaction shows how far an endorsement from Xi can go in China, where high-level officials yesterday began their first major policy meeting since early 2018.

“Most of these companies, especially those that are just beginning to state their connection with blockchain today, are trying to take advantage of the hype, ” said Li Shiyu, fund manager at Guangdong Xiaoyu Investment Management Co. “It shows how much excitement can be triggered by something stressed as a priority by the top man himself.” 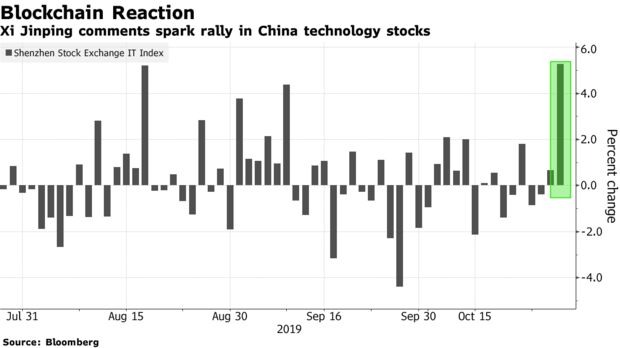 In Hong Kong, traders singled out Meitu due to its plans for an encrypted user-identification system.

The shares surged as much as 30%. Pantronics Holdings Ltd – which earlier this month said it will change its name to “Huobi Technology”, a reference to a digital currency exchange – rallied as much as 67%.

Investors pressured other firms to jump on the blockchain hype, using an online Q&A platform to submit thousands of questions on their plans to use the technology.

“Please proactively make expansion plans in blockchain to jump on state policies – doing so would be the best reward to investors, ” urged one shareholder of development-store operator Hunan Friendship & Apollo Commercial Co. — Bloomberg Bitcoin flirts with US$10,000 after China endorses blockchain 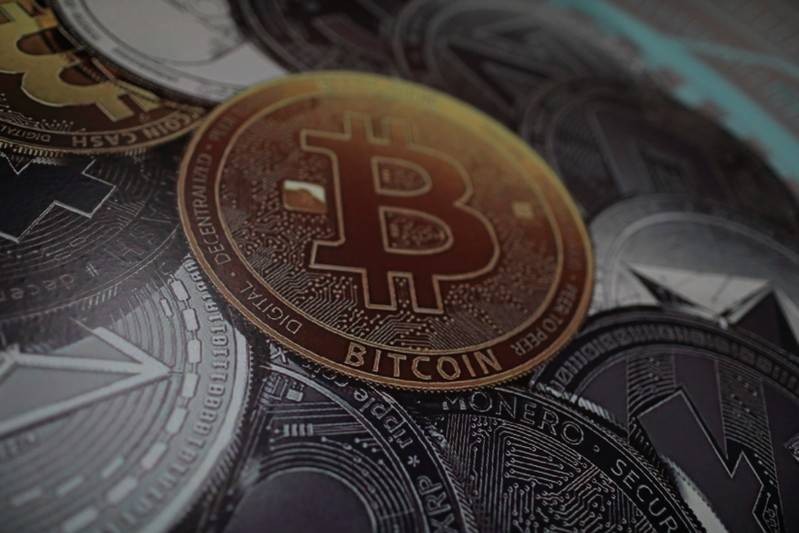