The US Senate on Tuesday unanimously passed the “Hong Kong Human Rights and Democracy Act,” a move that seriously tarnished sacred terms like “human rights” and “democracy.” The bill’s real title should be “Support Hong Kong Violence Act” as it has overtly taken sides with rioters who are destroying the rule of law in Hong Kong. And it has targeted the Hong Kong Special Administrative Region (HKSAR) government and Hong Kong police, who are struggling to prevent chaos from turning into anarchy.

The core of the new US bill is to oppose HKSAR government’s efforts to stop violence, end chaos as well as to prevent the Chinese central government from saving Hong Kong under any circumstance. The most prominent clause subjects the city to an annual review for its special trade status, which would strip Hong Kong of the status.

Some opposition figures in Hong Kong stupidly kowtow to Washington and express their gratitude for US support for the radical protesters’ “democracy struggle.” But if the US imposes economic sanctions on Hong Kong, all Hong Kong people will have to bear the consequences.

Once the bill is signed by the US president, subtle changes will take place in Hong Kong’s international business environment, because of the uncertainties caused by the US. American investors in Hong Kong will panic, and the city’s geoeconomic status and function will be reevaluated.

Some may expect this to deter Beijing. Such thinking is naïve. Hong Kong is in a mess, but the country hasn’t intervened so far.

However, if the chaos continues, even paralyzes the city and destroys ordinary people’s lives, how can the central government not intervene?

Passing the act is the US attempt to disrupt the People’s Republic of China’s governance over Hong Kong, weaken the HKSAR government, and compel the police to be afraid of cracking down on radical rioters in accordance with the law.

The US is hoping that Hong Kong falls into disorder for a long time. If we take this US bill seriously and shrink from tackling riots, Hong Kong will suffer from an accelerated collapse of the rule of law and be erased from the modern world.

Hong Kong has long acted as an interface linking China and the West. The US move will undermine that function of the city. But no matter what challenges Hong Kong will have to face, it will be far better than what it faces now: Streets are full of roadblocks; subway stations are burned; schools cannot re-open; and many businesses are forced to stop.

If riots continue, Hong Kong is doomed. The threat from the US is much less than the damage the city is currently suffering.

What the bill brings is not fear, but anger. People see certain US politicians’ malice against Hong Kong and the entire China between the lines.

It is believed that with the central government’s support, Hong Kong will resolutely reject the US threat. Hong Kong’s special trade status is entitled by the Basic Law. The US attitude does not represent the international community’s. Hong Kong’s future is bound to that of the entire China, instead of the US.

China ready to  ‘fight back’ over US  Hong Kong bill

US Senate’s passage of HK ‘rights act’ condemned | The Star … Strong words: Yang said the passage openly supported protesters and radicals in Hong Kong and completely exposed the hegemonic nature of some politicians in the United States. — Reuters
Related posts:

Exclusive: How the US is pushing HK’s protesters to attack China, overthrow: 100 Years of U.S. Meddling & Regime Change, from Iran to Nicaragua to Hawaii to Cuba

US Secretary of State Mike Pompeo: “I was the CIA director. We lied, we cheated, we stole. We had entire training courses. It reminds you of the glory of the American experiment.”

Pompeo said this at an event at Texas A&M University on April 15, 2019. Here is the official State Department transcript:https://www.state.gov/secretary/remar….

Hong Kong Riots, engineered by CIA, nothing but true! 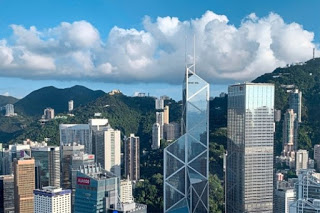 « Blockchain: Internet of Value/ Currency of Trust; Private cryptocurrency a misallocation among blockchain technology, say research & economist
China outraged by US law on Hong Kong »
%d bloggers like this: