WASHINGTON: The China-US phase one trade deal, reached on the basis of equality and mutual respect and against the backdrop of an extremely complicated international environment, will benefit both countries and contribute to peace and prosperity of the world, Chinese President Xi Jinping told his US counterpart Donald Trump.

In the phone call at the invitation of the US side on Friday, Xi expressed “grave concern” over the recent US “negative statements and actions” on issues related to Taiwan, Hong Kong, Xinjiang and Tibet, which he said interfered with China’s internal affairs, damaged China’s interests, and are not good for mutual trust and cooperation.

Xi told Trump that China hopes the US side will “conscientiously” implement the important consensuses reached in their multiple meetings and phone conversations, and pay close attention to China’s concerns, thus avoiding disturbing the bilateral relations as well as the important agenda of both countries, according to a statement released by the Xinhua News Agency.

Xi noted that the economic and trade cooperation between the two countries contributed tremendously to the steady development of their bilateral relations and to global economic growth.

As the modern economy and technology have connected the world, the interests of China and the US will become increasingly interlinked, and there will be some differences in the course of their collaboration, he said.

As long as the two sides adhere to mutually beneficial and win-win cooperation, and always respect the dignity, sovereignty, and core interests of the other country, they will be able to overcome the difficulties in the course of development, and push forward Sino-US economic and trade relations under the new historical conditions for the benefit of two countries and two peoples, Xi said.

Xi also said he is ready to maintain contact with Trump through various means, and exchange views on bilateral relations and international issues, and work together to promote a China-US relationship based on coordination, cooperation and stability.

In their phone call, Trump said the phase one trade deal is good for both countries and the rest of the world.

It has received positive responses from the markets of both countries and the world, according to the Xinhua report.

The US side is ready to keep close contact and communications with the Chinese side for the deal to be signed earlier and implemented, Trump said. — China Daily/ANN

If more Hongkongers can reflect on the region’s development from Macao’s experience, it will be beneficial to the future of Hong Kong.

China-US trade tensions will be less fierce in 2020, although disrupting factors like issues concerning Xinjiang Uyghur Autonomous Region and Taiwan island will remain amid the hubbub generated by the US presidential election next year, an expert said Saturday.

Besides, Chinese media should take the initiative to post reliable information about hot-spot issues, such as the education and vocational training center in Xinjiang. More detailed planning can be made to increase the effectiveness of news diffusion. As long as Xinjiang develops toward prosperity, and Chinese media’s publicity strategy improves, the truth will come to the light eventually. More people will recognize Western media’s selective deafness strategy and break away from its lie of objectivity and freedom of the press.

In historic moment, US House impeaches Donald Trump for abuse of power

China emerges stronger from trade war with US: poll

China has manifested growing strength in China-US competition, and that the essense …

Macao-rise with China while Hongkong in decline, why?

China showed truth about Xinjiang, but Western media chose to be blind as US practises ‘double standards’

China exposes the truth about Xinjiang, but the West ignores. Why? US hypocrisy on human rights & Trade War
https://youtu.be/bRy1AKUzb2o China airs Xinjiang truths Fresh and shocking footage recorded in Xinjiang over the past two decades ha…

THE Penang government should first study the assessment rates for different categories of properties before imposing a blanket tax on everyone which is unfair, says Citizen Awareness Chant Group (Chant) legal adviser Citizen Awareness Chant Group (Chant) (pic).He said the state should look into the categories of assessment rates like those imposed in developed countries before imposing the rates on ratepayers.

“The lowest charged fees should be for the disabled (OKU) owners and those in the B40 group.

“For owner-occupied properties, they should be charged a lower rate and the highest rates should be imposed for commercial and industrial offices, ” he said at a press conference at Jalan Pykett on Wednesday.

“These premises frequently take up the cost for public health inspection and council cleaning services.

“So, there should be a categorisation of how the rates are charged, like different rates for properties that are also rented out, vacant or used for commercial purposes, ” he added.

“But, as the state is moving forward and following the footsteps of a developed country, there is also the question of how these categories can be monitored.

“In this case, the state should consider having an enforcement team like in Australia to check on the properties at random.

“With the usage of a digital camera similar to those used for parking fine routines, photos can be taken when checks are done on the properties.

“We hope the state would do a study to look into this and try to implement the system, along with imposing different rates for the different properties, ” he said.

Earlier, it was announced that an assessment rate review would see almost all residential property owners in Penang paying more in assessment taxes.

Meanwhile, Yan Lee said that in the case of the parcel rent, (previously known as the quit rent), commissions should be applied based on how the land is used.

“The increase in the quit rent was announced earlier from RM10 to RM30. Quantum-wise, the amount is not a lot, but percentage wise, it is a lot, ” he said.

Earlier, the quit rent came into effect where rates are calculated based on the total plot of land which the building was built on and rates for parcel rent are based on the size of each unit. 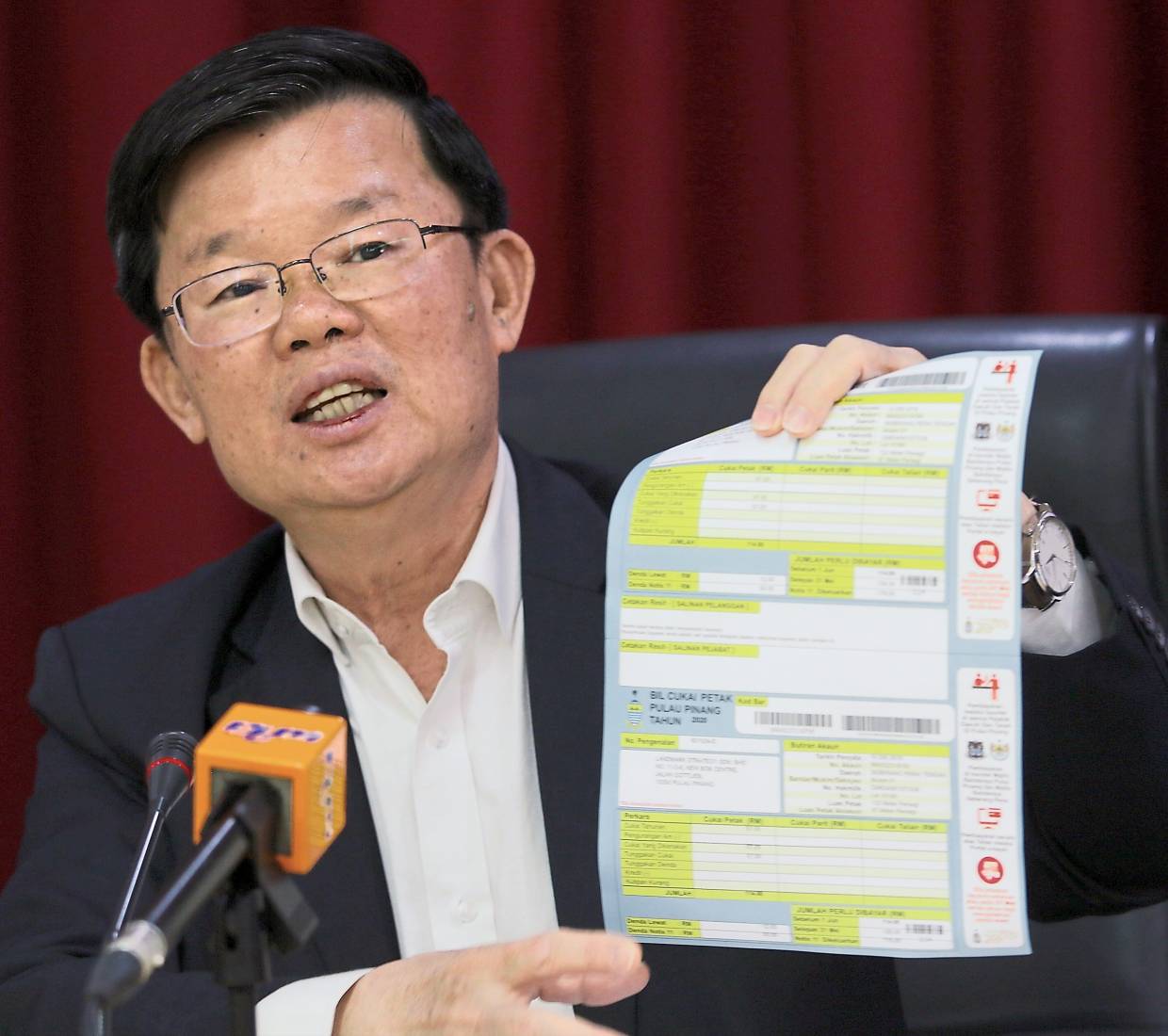 Pay by May, stratified property owners told | The Star Online

Invalid drainage and construction damaged nearby houses since 2014 must complete its mitigation quickly!