The Pakatan government has little choice nor time to check the slide on its popularity and goodwill from voters.

WHAT a difference a year makes. In a week, the Pakatan Harapan government will mark its first year in power but in stark contrast to the height of popularity it enjoyed then, support for the coalition has plunged.

A recent poll by the Merdeka Centre showed that the administration’s approval rating sank to 39% in March, a drastic drop from 79% recorded in May 31 last year.

The survey firm polled 1,204 registered voters in March to gauge their opinions on the country’s economy, leadership and current issues.

Pakatan’s descent in popularity was attributed to the state of the economy as felt by consumers, the perceived strength of the government, anxieties over Malay rights and privileges and the treatment of other races in the country.

According to the findings, public satisfaction in Pakatan’s administration of the economy fell from 60% to 40% with voters largely unhappy with the rise in the cost of living.

The majority of respondents also disagreed with policies such as the move to abolish the death penalty while many were also against the scrapping of exams for Primary 1 to 3 and the plan to impose taxes on sugary drinks. Only 34% of voters polled were of the view that the country was headed in the right direction, with Malay respondents weighing in lower at 24%.

The survey showed that the main concern of Malaysians was the economy at 63%, followed by race-related issues and the flip-flop on decisions such as the government’s decision to withdraw from ratifying the International Conven­tion on the Elimination of All Forms of Racial Discrimination (Icerd).

On the plus side, worries over corruption declined to 23% from 33% while 67% of respondents agreed that the government should be given more time to fulfil its election promises.

Its support rating may have dropped but to be fair, the Pakatan government has not done too badly since taking over, considering the state of the economy and the massive debts that it inherited from the previous disgraced administration.

Of course, there is much more to do, like addressing the cost of living, fulfilling housing needs and providing sustainable healthcare but the government has already fulfilled nearly a third of its pledges, im­p­roved its overall financial position and has made significant moves to tackle corruption in the civil service.

Ironically, the freer media landscape today is contributing to the perception that the Pakatan government is performing poorly or unable to handle issues raised by the opposition, especially those related to race and religion.

Unlike in the past, opposition parties now get unfettered coverage in the media and the welcome change has led to the diffusion of a more diverse range of views.

However, the new government has been rather inept in conveying its message on a wide range of issues in the print, online and social media since taking over Putrajaya.

It is also guilty of being sluggish in countering negative reactions or stemming news designed to elicit racial or religious sentiments, as could be seen in the cases of ratification of the Icerd, the Rome Statute and the Seafield Sri Maha Mariamman temple riots.

Opposition politicians and their supporters have been quick to exploit this weakness to manipulate opinion in the freer media environment.

A recent example is lawyer Tan Sri Muhammad Shafee Abdullah’s briefings to the media in the ongoing trial of former prime minister Datuk Seri Najib Razak over funds worth RM42mil from SRC International Sdn Bhd. It is clear that he is using the media to advocate the defence’s contention that Najib’s bank account was misused by people who were unauthorised, including Jho Low, as well as some rogue bankers.

In statements designed to strike a chord with those who may find it tedious to follow the proceedings, he claimed that the former PM would most likely turn out as a “victim” in the end.

As for getting away with untrue claims in the media, one such example was a supposedly secret “side agreement” for the East Coast Rail Link (ECRL) to enable a trade-off of 4,500 acres of land to China Com­munications Construction Company Ltd (CCCC). It was based on a non-legally binding Memoran­dum of Understanding (MoU) under which the Malaysian Investment Develop­ment Authority (Mida) was supposed to assist local companies to cooperate with CCCC to create special purpose companies for development of the economic accelerator projects worth RM10bil over 10 years.

Instead of clarifying the matter immediately, the media handlers of the Transport Ministry and Mida left it to Dr Mahathir’s special envoy to China, Tun Daim Zainuddin, to respond instead.

Ineffective communication teams in the various ministries and the lack of media coordination among them are the main reasons why Pakatan appears to be losing control of its narratives on performance and service.

What Pakatan needs is expertise and a clear media strategy to re-establish political credibility and trust among the people, especially the now disillusioned voters who had pinned their hopes on a better “New Malaysia”. Instead of just leaving the ministries to handle their own issues, the approach should be on keeping to the same page, through synchronisation of information and making better use of social media to enable agencies to engage directly with citizens.

With Malaysians having higher expectations and lower levels of patience, the Pakatan government has little choice nor time to check the slide on its popularity and improve on its public relations.

Along the Watchtower by M.Veera Pandiyan

Media consultant M. Veera Pandiyan likes this quote by George Bernard Shaw: The single biggest problem in communication is the illusion that it has taken place.
Related posts:

New Malaysia should push for meritocracy 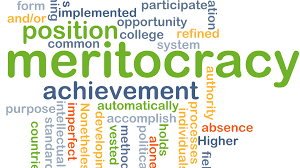 PETALING JAYA: Malaysians should start thinking about home ownership before it becomes out of reach, said a property consultant.

“Firstly, one must understand one’s risk profile, metaphorically by setting your investment style either as a hare or tortoise’s pace, as well as any other method that falls in between,” he added.

Tan shared his insights on Malaysia’s agenda of “Housing the Nation” during the StarProperty. my’s Prime Investment Forum 2016 held on Sunday.

For first time home buyers, Tan advised that it would be best for each individual to own their very own home, only if they can afford it.

Tan added that property investment was one of the methods to overcome inflation due to property valuation.

“This is the first assurance of a successful property investment.”

He added that now is the best time to buy a property.

“If the currency drops in value in future, it will be harder to purchase properties.

“Therefore, while the Malaysian currency still holds good value, it is best to invest right away.”

Meanwhile, Mah Sing Group sales and marketing director James A. Bruyns said the company has a range of properties in the northern region and scattered areas in Kuala Lumpur.

In fact, the forum has brought together all Mah Sing’s astounding offerings to property investors, he added.

Among the leading developments presented at the Prime Investment Forum include Ferringhi Residence and SouthBay City in Penang as well as the central region developments, Cerrado residential suites from Southville City in Bangi and Lakeville Residences in Taman Wahyu, Kuala Lumpur.

Bruyns concluded that there wasn’t a good or bad time to invest and if one has the means to invest, they should go ahead and invest.

He said: “Investing in property is a good way to build up the market sentiment especially when people are still investing, where there are good take-up rates as well as good property products.”

By Viknesh Ashley Clarence The Star

Malaysian property market correction to continue in 2016, its economic cycles the past 25 years